For the inspiration of this song, I would like to remember, with fondness, Caroline Bancroft, whom I knew back in the late '60's and early '70's. She 'took a shining' to me as I researched Colorado history as a young teen, and my personally engraved copies of her famous booklets and definitive work "Gulch of Gold" are treasures to me. She was a bit stuck on herself, all for good reason, of course. And she gives particular attention to Jennie Rogers in her booklet "Six Racy Madams of Colorado"...all because an old timer chuckled when she interviewed him, saying that she looked, from his personal experience,  a lot like Jennie. Caroline, in her booklet, gives us a couple of tantalizing examples of her resemblance to Jennie, the Queen of the Holiday Street row with her house of Mirrors.

So I hope you'll enjoy this fanciful return to Lulu City, when she was a fresh sawed collection of hastily built cabins that had begun to deteriorate even as early as the mid 1880's, leading to the prospector's prophetic words which are not fanciful, but cited in Caroline's booklet "Unique Ghost Towns and Mountain spots"

I went down years ago to Lulu town
Ran into a lady in a long red gown
“I ain’t seen a woman in months”, I said
“ If you’ve had good luck you can share my bed”
She said

Chorus:
Well, way up on the  mountain top,  the pickin's slim
And how the future shines right now,   it’s pretty dim
And years from now a stranger passing by this place
Will only see a trail and just the faintest trace
Of this ole town
This ole town 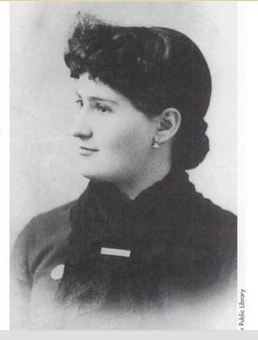 This is Jennie Rogers, a Denver Madame from the same era as Lulu City'...  Did our lady in a long red gown resemble her? 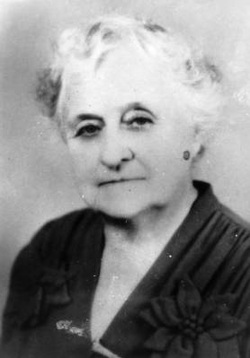 And here's Lulu Burnett, whose father named the town after her.
He must have had a lot of pull in the area as there was another town near the Wyoming border named after his other daughter, Pearl. 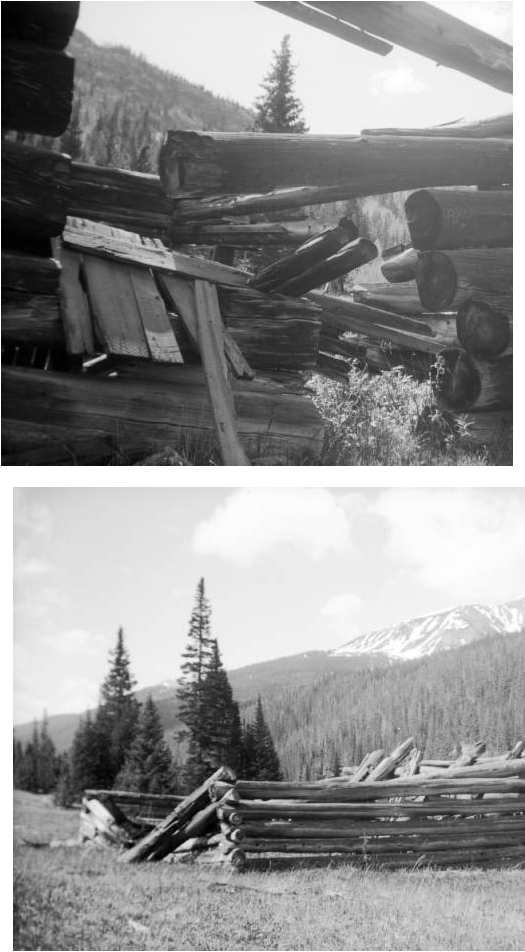 The two images above were taken by Muriel Wolle in the 1940's. The prophesy of the prospector was that things had deteriorated so quickly around town, that "someday you'll see nothing but a foot trail along this street. Raspberry bushes and spruce trees will be growing through the roof of the hotel yonder".


Muriel Wolle's "Stampede to Timberline" and "Timberline Tailings" were an inspiration for all of us history buffs. After she passed, many of her photographs were donated to the Denver Public Library. There are many treasures like the pictures here of Lulu City as well as dozens of more ghost towns that were often in prestine condition when she visited them between the '20's and the '40's.